January was an interesting month compared to my December 2019 Activity Report. January saw a lot of hard work: blog posts, promotion… and Pinterest issues fixed (I’ll explain more below). I also hit a major milestone, which I’m delighted about (again, I’ll explain this below).

January 2020 also saw a Google Core Algorithm Update, which according to Search Engine Land “was a big one and impacted a large number of web sites”.

I’m not sure what this meant for SideGains, since it’s small hitter at the moment, but on 13th January when the update occurred there was a huge spike in impressions and the average position for my keyword spread hit 34.9 (the highest it’s been).

Anyway… here are the blog traffic stats for January 2020!

If you’re interested, you can find all my monthly reports here: SideGains Blog Traffic Stats.

It’s been the best month so far for actual visitor growth, which isn’t unusual for SideGains to date. I’ve seen fairly consistent visitor growth month-on-month since I started.

Looking specifically at December 2019 compared to January 2020 shows the following in Google Analytics.

What’s interesting about January (for me at least) is the percentage growth of visitors (Users) and sessions. This is the biggest percentage hike in month-on-month visitor and session growth I’ve seen so far.

I’m really pleased to see growth again in January, but let’s be honest about it, my visitors are tiny and nowhere near where I need them to be for SideGains to pull it’s weight financially.

As I say repeatedly, blogging is hard work and takes time and commitment!

Something to bear in mind for January compared to December 2019 is that December is the holiday period where traffic drops off. This might have a bearing in why the percentage visitor and session growth increases were so marked. Perhaps the growth rate will not be as high in February. I guess I’ll see one way or another in the shorter month of February… though there is an extra day this February for leap year.

Great to see a big drop in the Average Position of my keyword spread in Google. It’s always worth noting that it’s not entirely a great metric on its own though. A new keyword that generates massive impressions with a very low position (like 90) might affect your average. Regardless it’s a useful indicator, certainly for the purposes of my monthly reports.

I mentioned above I hit a pretty big milestone in January (just!). I have hit my target of 100 posts (just)! This is quite an achievement for me and is something I’ve had in mind to reach since I began the SideGains project in July 2019.

I have some decent content now but of course I need to continue to build upon it. Additionally I’m at the point where I need to start figuring out the path I want visitors to take when they hit my pages. I’m talking about funnels and monetizing, as I want to start preparing SideGains to start pulling its weight financially in the near future!

My next content target is 200 posts, which will take around another 7 months if I maintain my effort.

Pinterest has figured heavily in January. Not in an activity sense but in terms of trying to fix the issues I mentioned last month. I’ll explain more in a little bit.

Twitter is still something I’m really enjoying but I need to be more targeted to my niche I think. I’ll keep working on it and engaging with people I’ve built relationships with over the past months.

I’ve connected with some super nice people and enjoyed reading their posts and learning from them.

Follower counts haven’t increased substantially but I think Twitter is about committing time and figuring out where and how you fit into it all to make the best impact.

You can see some massive changes above in January compared to December 2019. As I reported in November, I’d been having a tricky time with Pinterest. Any pin I posted was not getting receiving impressions and I couldn’t understand why.

I’d raised a support ticket with Pinterest but didn’t hear anything back. I figured my account had somehow been restricted. Perhaps my account had been flagged as doing something naughty? But I hadn’t received any feedback either way so didn’t know what to do.

However, on the 15th January I was browsing someone’s board, clicked on a pin and a message popped up telling me my account was suspended! I won’t go into too many details here since I explain the whole series of events in more depth here: Gulp… My Pinterest Account Was Supended for Spam!

Anyway, once my account had been reinstated everything went back to normal with my pins receiving impressions and engagement again. I can only surmise that I my activity has triggered some spambot in November, but I didn’t get hit with a full suspension until mid-January!

I’ve been trialling Tailwind to help manage my Pinterest account in January and and I’ve been much more active with pinning, re-pinning, commenting etc. I’ll be ramping up in February… so I’ll let you know how this goes in next month’s report.

I’m still leaving Instagram to one side right now, hence you can see I’ve not posted anything at all.

For the time being I’m continuing not to focus upon it at all until I get to a position where I can get more help with it… I just don’t have the time to commit to a “nice to have”.

Nonetheless, despite making 8 posts in January I’ve not generated much buzz. This is not at all surprising!

I’ll keep FB ticking over for the moment but I won’t be investing any more time over and above this.

When you’re working on your own it’s better to focus upon one or two things rather than spread yourself too thin.

What’s Next for February?

The SideGains blog traffic stats improved substantially in January but there’s still a very long way to go. It was a good month in terms of percentage growth though. Now on to February!

Bye for now and thanks for reading!

I’d love to hear about how things are going for you. Drop me a comment and let’s compare notes! 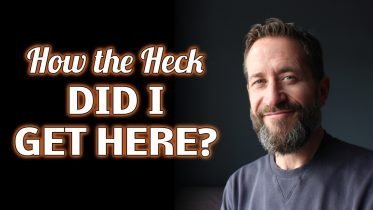