The dreaded Google manual penalty. A few years ago I managed a site that received a penalty, and it wasn’t nice! What follows is my experience and how I survived it. But first, let me set a scene for you…

You are responsible for the paid and organic search for a very successful, family-owned B2C eCommerce business with solid growth over 10 years. The owners are in the process of selling the business and are a long way into the due-diligence period and it’s a twitchy time since everything needs to go smoothly for the sale to complete without a hitch.

You’ve been working in this business yourself for around a year and in that time you have directly added substantial growth to the paid and organic channels, which have contributed to the increased growth in those particular channels during this time.

One day you see in your Analytics account that your traffic from the previous day has halved compared to last year.

It’s a blip. It’s dangerous to read too much into one day. It’ll recover today. The next day the same thing happens. You’re still not too concerned but you realize that organic traffic has taken a hit. It’s difficult to see a clear pattern but there is a definite decrease across your previously consistently strong keyword estate.

Over the next few days traffic and conversions are substantially down against last year.

The owners are getting a bit twitchy as the culmination of the due diligence period is approaching and they want to understand what is happening to sales and what you can do to fix it. You still don’t have an answer… and it’s making you twitchy now too.

There is no seasonal event that can explain it and anyway you’ve only seen the change in the organic channel: all other channels are showing growth over last year. You dig deeper into all the tools available at your disposal and have a sense that your organic positions have taken a dramatic hit somehow.

There is nothing reported anywhere on the Web.

Competitors disrupting your business by breaking through your domination of the top-tier keywords in your niche?

No difference in the general order of competitors that you can see.

What about your own average positions in the SERPs over the past week?

You look in the Google Search Console and see a general drop across the board in your Performance Report on impressions and clicks!

What the heck has happened?

You look at the other tools in the Google Search Console and see the Security and Manual Actions section.

Your heart begins to quicken. You click the Manual Actions link to rule it out and see something that makes your heart stop…

You begin to sweat!

Why am I making you imagine this particular Google manual penalty scenario?

A simple answer…this exact scenario happened to me so it could happen to you also.

What is a Google Manual Penalty?

Google Manual Penalties affect pages that Google believes are attempting to “game” the search results with the express goal of boosting positions.

You can try to influence the ranking of your pages in the results in a number of ways. Google makes it very clear what it perceives to be cheating. Some of these techniques are:

So What Was My Penalty Experience?

Well… pretty much the scenario I asked you to imagine.

I was working for an online retailer for a year or so when their website received a Google Manual Penalty… right in the middle of its acquisition.

Organic traffic had decreased at a frightening rate, with a subsequent drop in orders to the tune of up to 100 orders per day.

You can imagine the impact on revenue.

I identified the manual penalty fairly shortly after Google imposed it and it took me around 3 months to fix, which I’ll come on to shortly.

It was a very stressful time for everyone including:

It’s not a scenario I’d recommend to anyone!

So What Caused the Problems?

For several years prior to me joining the business, a small SEO agency was working on building up the organic traffic to the site.

Their strategy was largely based around the following two strategies:

Since the agency had worked for the business for several years. They had over the course of that time built backlinks running into the hundreds of thousands!

Why did the Agency Produce Content and Links in this Way?

Historically, backlinks from one site to another have been considered gold dust… and they still are of course.

This is explicitly expressed by Google:

Google interprets a link from page A to page B as a vote by page A for page B.

Now… in the past, Google didn’t tend to penalise sites for thin content and low-quality backlinks and many in the SEO community not as cautious about content and link quality in the rush to create as many blog posts and backlinks as possible.

That changed around 2010 when Google began to emphasize the importance of “quality”.

In February 2011, Google introduced a huge change to it’s organic search ranking algorithm. The algorithm effectively lowered the rank of sites having a thin content profile. It was named (rather inoffensively) Panda.

Panda’s objective was to increase the visibility of higher-quality sites in the organic search results.

In April 2012, Google launched another significant change to its algorithm that built upon Panda. This too had the cute nickname, Penguin.

Penguin’s job was to identify sites having an unusually high number of “unnatural” links from:

To summarize, from April 2012 Google began to change how it interpreted:

Read more: Is Your Content Good Enough to E-A-T?

This combined with other factors enabled Google to reappraise where a page should appear in the search results for a given search phrase.

Why Didn’t we Receive a Manual Penalty Immediately?

Now… although some sites felt the pinch of these two algorithm changes very soon after there respective launches, the business I worked for didn’t feel any pain at first.

I was aware for some time that the content and link building strategy of the agency we used at that time needed to change. And I was also aware of how and where links were being built.

It was also possible to keep tabs on these backlinks and maintain a database of them. Our agency documented some in the monthly reports they produced, and I had found others using a variety of other tools.

As a new employee, one of the first things I advised the business owners to take care of was changing this strategy.

However, as organic growth remained strong the owners were understandably uncomfortable about changing things.

And so we just went along…

… until June 2013, when the chickens came home to roost right when the acquisition due diligence process was in full flow.

Panic stations! But no flashing lights… just the small question of a Google manual penalty to fix.

Get Thee Behind Me Unnatural Links

For many webmasters hit by Panda and / or Penguin right off the bat, the results were catastrophic.

Let’s imagine a small retailer suddenly losing 50 orders a day with an average value of $30 per order… $3,000 per day in sales.

Imagine losing these sales consistently over a period of a year… that’s a potential annual loss of $1,095,000!

Imagine you had no way to fix that!

Fortunately for me, Google realised the problems this caused people and announced in October 2012 the imminent launch of a tool to enable website owners to “disavow” suspicious links and then submit the site for a reappraisal.

To be fair, this was only right for Google to do so, as up to that point, what was stopping competitors from bulk building spammy links to another competitor’s site to try to get them a manual penalty?

If there was no way to tell Google which links to ignore there would have been huge scope to for competitors to disrupt each others businesses simply by building huge numbers of low quality links into their target competitor site.

Since we received the penalty in June 2013 and I had a well documented inventory of all links built by our SEO company, I had a way to start cleaning up our link profile.

We were luckier than some.

How I Fixed the Google Manual Penalty

As there had been a major disruption to sales, the business owner was now much more receptive to my calls to change the strategy of our SEO agency.

I defined an 8 step approach:

Step 8 is a hugely important thing to bear in mind to this day. Google again is explicit in this:

Votes cast by pages that are themselves “important” weigh more heavily and help to make other pages “important.”

It doesn’t get clearer than that.

Anyway… so began the delicate task of disavowing links.

The Google Search Console (a free tool for monitoring website performance and managing indexing and site problems), has a function specifically designed for you to tell Google that you want specific backlinks ignored. It’s imaginatively called… drumroll… the Disavow Links Tool!

If you have a penalty for unnatural backlinks or for links pointing to your site from bad neighbourhoods, you can disavow them and ask Google to reappraise your site.

So, in July 2013 I began our first run of link disavowal by submitting 910 backlinks from link directories, article directories, forum posts and blog comments.

I submitted the site for reappraisal.

Throughout August, I submitted a further 2,143 backlinks and requested reappraisals.

In early September I submitted 4,066 backlinks and requested another reappraisal on the 11th September.

On September 26th I saw this in the Manual Actions tab in the Google Search Console:

… and we drew in a collective breath!

But we had lost ground on key search terms.

Prior to the “lidless eye” of Google seeing our backlinks for what they were, these links were working well in pushing us up the SERPs.

After the link penalty and our disavowal of the bad ones, Google was now ignoring the links that had helped us in the past and had re-factored our overall position in the search results.

We had always been in position 1 or 2 in the results for the top-tier keyword in our niche. After the penalty, we now appeared in positions 5 and 6 and felt a substantial corresponding decline in traffic and conversions as a result.

The loss of position for this keyword was particularly painful since effectively all other keywords fell beneath it: it was a keyword in its own right, but it was also a category term describing the niche we were in.

This resulted in a similar drop in rankings for semantically related keywords that used to drive significant volumes of converting traffic.

Did the Organic Traffic Eventually Return to Normal?

However, Google organic traffic returned strongly enough to ensure the acquisition of the business went through without a hiccup. All parties happy… so that was good enough for everyone at the time given the previous situation.

That’s it for now. Thanks for reading.. and remember not to panic!

Please let me know in a comment below if you have had a similar experience of Google Manual Penalties and how things worked out for you.

How Long Does it Take to Write a Blog Post?

What are Black Hat SEO Techniques?

4 Comments on "The Google Manual Penalty: An Anatomy" 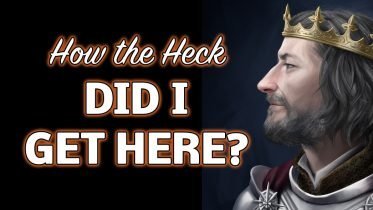